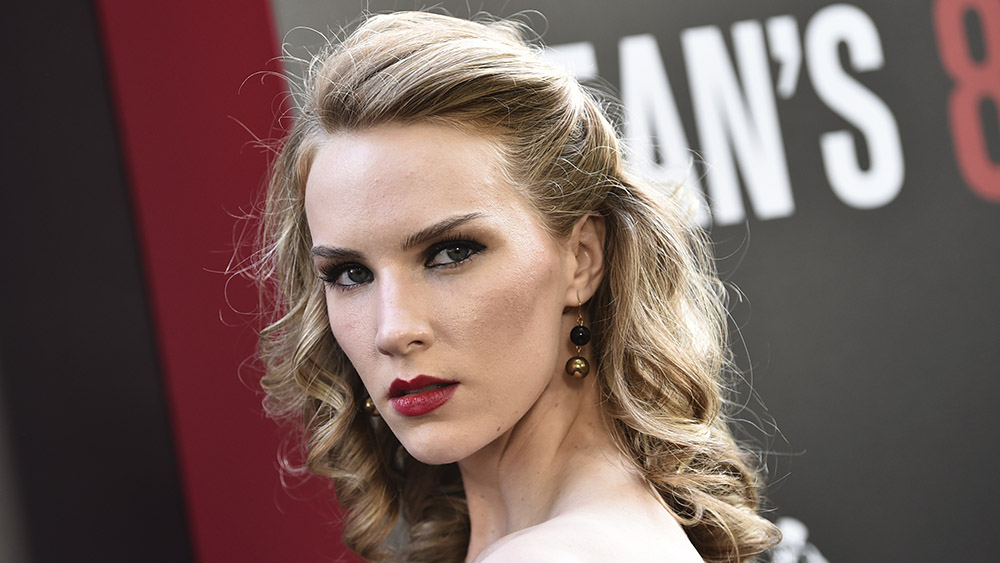 Charlotte Kirk would like to set the record straight.

The actress at the center of two Hollywood sex scandals has already spoken out once, claiming in the spring of 2019 that she had a consensual affair with Warner Bros. CEO Kevin Tsujihara.

But now Kirk wants to speak out again, this time to tell what she says is the true story — the one she was paid millions to cover up. The catch is that she has been forbidden from doing so, first by an arbitrator and then by a Los Angeles Superior Court judge.

Kirk’s firsthand account has nevertheless become part of the public record. In two sworn declarations filed in court last week, Kirk laid out a story of sexual misconduct at the upper echelons of Hollywood. She also said that she had suffered emotional anguish and the total destruction of her career.

“I am a pariah in the film industry, humiliated and unemployable,” she wrote.

Nothing involving Charlotte Kirk is quite that simple, however. On the other side of the ledger, she has been accused of extorting payments from a series of Hollywood power players.

She has been paid at least $3 million for her silence, according to court records. She also used her allegations to secure financing for her boyfriend’s film, “Nicole and O.J.,” in which she would star. She is now engaged to another director, Neil Marshall, who also cast her in a lead role, and who, according to an arbitrator’s ruling, also sought payments for his silence.

Kirk now alleges that she was unwittingly groomed at a young age into participating in “commercial sex.” According to her own account, she expected to be rewarded for various sexual acts with acting jobs. When those promises fell through, she hired a lawyer and obtained a settlement agreement that made the transaction explicit: in exchange for remaining silent about her sexual claims, she was to be cast in a series of films.

Those promises, she alleges, were also false. She was never cast in the promised roles. According to an arbitrator’s ruling, she has since sought additional payments.

Ron Meyer, who would later lose his job as NBCUniversal vice chairman over his liaison with Kirk, exploded in frustration when her attorneys initiated a claim against him in 2019, according to a draft complaint filed by Kirk’s former boyfriend in L.A. Superior Court.

A Meyer spokesman disputed that he made that statement.

Kirk grew up in the United Kingdom and came to the U.S. at the age of 19 to pursue an acting career. In March 2012, she was introduced to Avi Lerner, the head of Millennium Films. According to Kirk’s declaration, Lerner invited her to his house, where she performed oral sex on him. Kirk alleges that she was coerced, and that Lerner promised her movie roles in exchange.

“This was followed by additional instances of sexual abuse of me by him,” Kirk alleges.

Throughout her account, Kirk makes repeated reference to her Asperger’s diagnosis, which she contends made her vulnerable to being abused.

“It makes me socially awkward, overly trusting, and easy to manipulate,” she wrote.

She contends that she was placed in the same position as many other young actresses — forced either to reject sexual advances and suffer harm to her career, or to acquiesce and risk word of that getting around.

“At the time I couldn’t see any way out of this situation other than to comply with their demands, and my autism made it impossible for me to understand what was being done to me,” she wrote.

In June 2012, Kirk says she met producer Brett Ratner. According to a demand letter that Kirk’s lawyer sent to Ratner’s lawyer in 2017, Kirk alleges that he also used the promise of film roles to coerce her into having oral sex.

Her 2020 declaration gives a different account, however. In the declaration, she writes that “from the very start I wanted to keep our friendship purely platonic,” because she did not want to become one of Ratner’s “conquests.” The same declaration, however, affirms that everything in the 2017 demand letter was true.

In any case, Ratner later introduced Kirk to his business partner, James Packer, who, according to the demand letter “had a series of sexual intercourses with her, while promising to make her a star and getting her placed in a blockbuster film.”

In her recent declaration, Kirk said that she “fell in love with James and we began what I thought was a year-long romantic relationship.”

In hindsight, though, she alleged that she has come to realize that Packer “was just using me as a sex toy for his own selfish pleasure.”

Packer, in turn, introduced her to Tsujihara, according to her declaration. In September 2013, Packer sent her a series of texts urging her to come to the Bel Air Hotel. According to her declaration, Packer pressured her to go into a bedroom where Tsujihara was waiting to have sex with her. She alleges that she did not want to, but feared that if she didn’t, she would be blacklisted.

“I returned to the bedroom and let Mr. Tsujihara have his way with me,” she wrote. “It lasted 20 minutes although it felt like hours.”

Like the others, the relationship continued. Kirk alleges that Tsujihara continued to hold out the prospect of acting roles, while she had sex with him over the next several weeks.

“However, except for one more small acting role, he never came through on his promises to help my career,” she wrote.

Tsujihara has said, through attorneys, that Kirk pursued him, that the sex was consensual, that he did not secure acting roles for her, and that her claims to the contrary are fabrications intended to “unjustly seek the payment of money.”

The Hollywood Reporter first broke the story in March 2019, relying on a trove of leaked text messages to expose what appeared to be a consensual relationship between Tsujihara and Kirk. Tsujihara was forced to resign 12 days later.

In an interview with the British tabloid The Sun in March 2019, Kirk said she was not claiming to be a #MeToo victim.

“That would cheapen all the men and women who have genuinely been exploited,” Kirk said. “I had a relationship with Kevin because I wanted to.”

“I wasn’t forced into anything and I did what I wanted to do — good or bad,” she said. “I would make completely different choices now and I regret doing that.”

Kirk now says that she was indeed a #MeToo victim, and that her denials in the spring of 2019 were coerced out of her by Singer, the attorney who represents Ratner, Packer and Lerner.

“Those statements bear no relationship to what really happened to me,” she wrote in a declaration.

Kirk had agreed in August 2017 to a $3.3 million settlement with Ratner, Packer, Lerner and Tsujihara, according to a copy of the agreement filed in court last week. Kirk was also to be cast in three films, or paid $500,000 for each role that did not come through. She alleges that the producers reneged on the deal and still owe her $1.8 million. Under the agreement, another $1 million went to finance the production of a portion of “Nicole and O.J.,” directed by Kirk’s then-boyfriend, Joshua Newton.

An amended agreement, in December 2017, provided another $2.5 million for the film, which remains unfinished. The deal included elaborate confidentiality provisions, and the amendment added a statement that Kirk was to release if her allegations ever became public. The statement affirmed that her relationship with Tsujihara was consensual, and that she had no claims against Ratner or Packer. That statement, with a few edits, was provided to the Hollywood Reporter for its story in March 2019.

Kirk was represented by attorneys in the settlement, but she now alleges that she was fraudulently induced to sign the agreements.

Kirk’s attorneys negotiated a separate deal with Meyer, following her 2019 claim against him. Kirk was to receive $2.5 million, of which she has received $500,000 to date.

She is now seeking to rescind the 2017 settlements in a bid to “finally put it behind me and move on with my life.”

“I was easily manipulated by false promises of career help by powerful men in the entertainment industry, that were in fact just a pretext for obtaining sexual favors from me, because I was too insecure, hopelessly naive, and far too young to know that this was not how the business is meant to work,” she wrote. “It has never been my desire to extort money from these people, only to get what I believe I’m owed for the financial damage, career damage, and emotional distress and suffering they’ve caused me.”