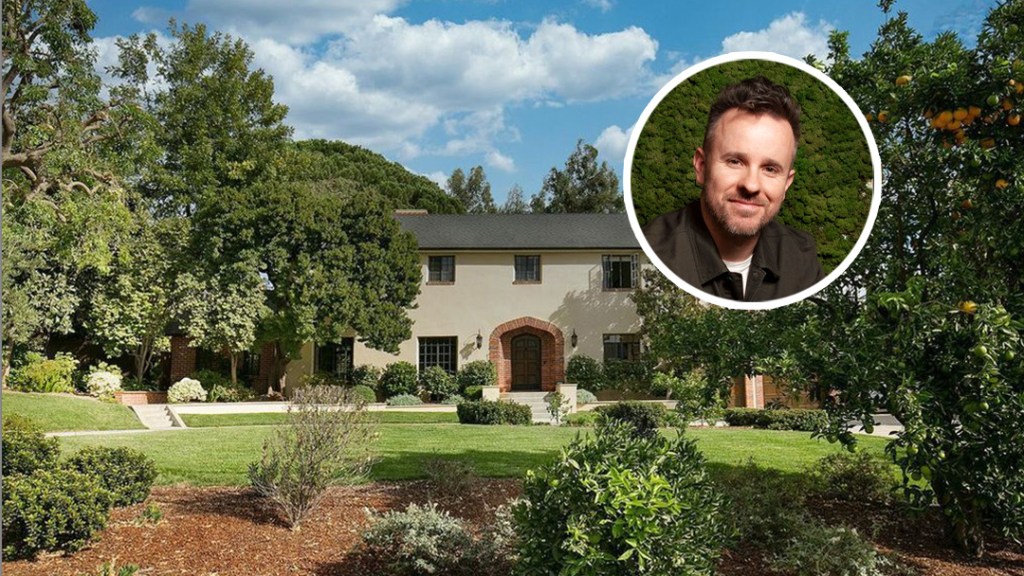 Ready for a remix! Grammy-nominated songwriter and producer Ricky Reed, best known for firing up speaker-shaking smashes for Lizzo, Jason Derulo, Halsey, and Meghan Trainor, amongst scores of other hitmakers, has just charted himself a $4 million home in the swanky suburb of La Cañada Flintridge, about eleven miles north of downtown Los Angeles.

Because the transaction went down off-market, interior photos are nonexistent, but listing details and aerial images reveal an expansive residence set at the head of a circular driveway amid groomed lawns, manicured shrubs and clusters of mature specimen trees. The four-bedroom, four-and-a-half-bathroom Tudor-style residence, built in 1936 and measuring in at around 5,000 square feet, is hardly the sort of party pad that comes to mind when you think of a musician’s residence, but Assuming the home didn’t go through a glamorizing rehab prior to being sold, it’s quite possible that Reed — real name Eric Frederic — may have plans for a residential remix here.

Last sold in 1998 for $819,000, the stately home’s current sales price reflects the growing popularity of leafy and largely unheralded La Cañada Flintridge, now considered one of L.A.’s most expensive suburban neighborhoods and home to other showbiz notables such as Donald Glover, Angela Bassett, and Carter Bays.

Reed, who originally hails from the Bay Area, released his debut solo album, “The Room,” on August 28th, featuring collaborations from a slew of artists including Leon Bridges and Lido Pimienta. He also fronts the Oakland-based hip-hop/pop group Wallpaper. His YouTube quarantine production tutorials with up-and-coming producers have been gaining popularity amongst tech-head studio boffins.

No doubt, the first order of the day in Reed’s homestead is to build the perfect creative bunker for his suburban sonic beats. Second order: an amazing kitchen. Reed is married to noted vegan author and fellow YouTuber, Laura Miller. Food, funk, and a fab new home — lucky couple!