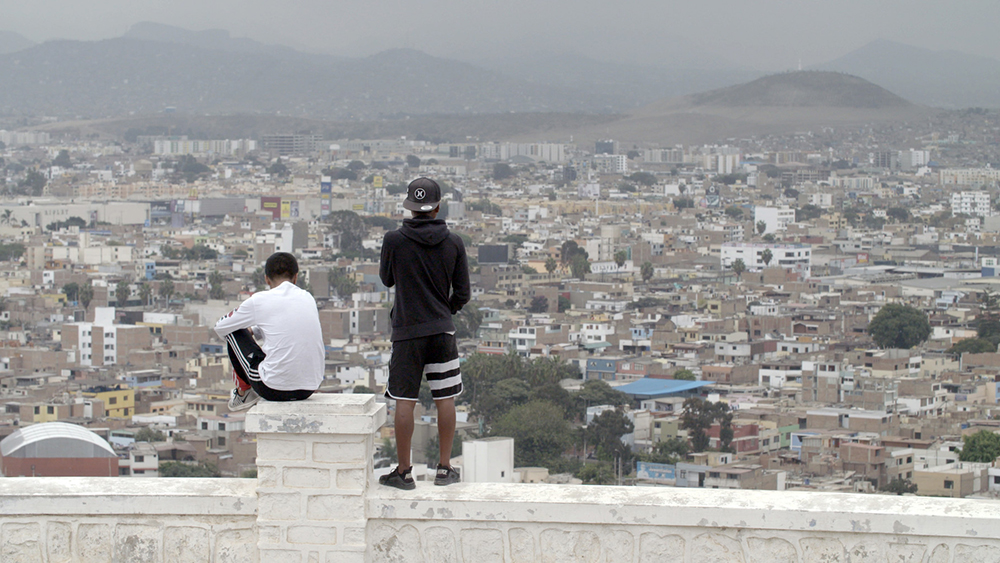 “Into the Storm,” directed by Adam Brown, won the Grand Prize at the 2020 Kendal Mountain Film Festival on Sunday. Filmed over a six-year period, the film follows the story of a teenage surfer as he escapes the poverty of a barrio in Lima with the intention of becoming one of the top surfers in the world.

With no family support, no money and a constant fear of the local gangsters, who at one point shoot him, the film ends up at the (pre-COVID-19) world finals for surfing where his talent and self belief speak for themselves. The jury were unanimous in their decision, describing Into the Storm” as a “nail-biting film with great depth.”

The Festival returned to its roots with the award of best mountain film going to “The Ghosts Above,” from Taylor Rees and Renan Ozturk. Filmed on Everest in an attempt to discover the fate of a climber who disappeared near the summit in 1924, much of this plays out in the “death zone” where the team are not only struggling for oxygen but also clarity in what they are doing. The brutality of the mountain overwhelms the climbers, who end up risking their own safety and that of the whole sherpa team.

“Loic and the Flolopapys,” from Dominique Snyers, took best climbing film for its record of a band of youngsters in their quest to square up to challenges and risks on the rock face, their humor, frailty and camaraderie.

Despite the breath-taking perspectives, heights and drops they take on, they explain how their real fear is the possibility that one day they will not be able to climb any more.

The Kendal Festival jury reserved their greatest enthusiasm, however, for the winner of the adventure and exploration award, which went to “Piano to Zanska,” from Michal Sulima. With a team of sherpas, yaks and ponies, Desmond O’Keeffe decides to take an 80 kg, 100-year-old upright Broadwood piano to a remote valley in the Indian Himalayas, making it the highest altitude piano delivery in the world. O’Keeffe, a London piano teacher, restorer, cat lover and philanthropist, died shortly after making this film – perhaps partly due to the effort expended.

Kendal’s panel of judges was made up of media experts, rather than explorers and mountaineers, who spoke earnestly about films which could promote discussion, tell stories and enhance sharing and community values.

It gave special jury awards with these values in mind to two films: “Chasing Ghosts, “ from Eric Bendick – a film about scientists investigating the pollination of the ghost orchid – and Shelma Jun’s “Do Better Together,” which is a six-minute film about how a black female cyclist is making the sport accessible to all.

Another film that was singled out as a thought-provoking bone on which to chew was best environmental film winner, “The Cull,” by Ted Simpson, dealing with the shooting of deer in Scotland and the dilemmas of land management.

Warming to the themes of communities and sharing, the chairman of the judges, Keme Nzerem, explained the impact of the film winning the changemaker category award . “Venture Out,” from Palmer Morse, Jamie DiNicola and Matt Mikkelsen, depicting an LGBTQ group on a wilderness trip and the healing qualities of nature.

The community and culture award itself went to “Africa Riding”from Aurélien Biette and Liz Gomis which documented the inspiration a roller skater in Africa is proving to children and communities with his example as a role model and educator.

This year the Kendal Festival celebrates its 40th anniversary. Online for the first time, the  film collections will be available for viewing until Dec. 31. The judges, speaking from a set with a background of packing cases, plastic ivy and a variety of antique climbing equipment, stated that in the future they wanted more films about diversity and breaking down boundaries.

There were in total 11 categories of prizes, self-designated as the Oscars of mountain film, picked from over 400 entries. The organizers claim that the digital platform had enabled them to double the number of visitors to 40,000 and the website had clocked 17,000 hours of viewing over 10 days.

The festival also had a line up of writers, artists, explorers and speakers along with a number of industry sponsored sessions with celebrity climbers and presenters.