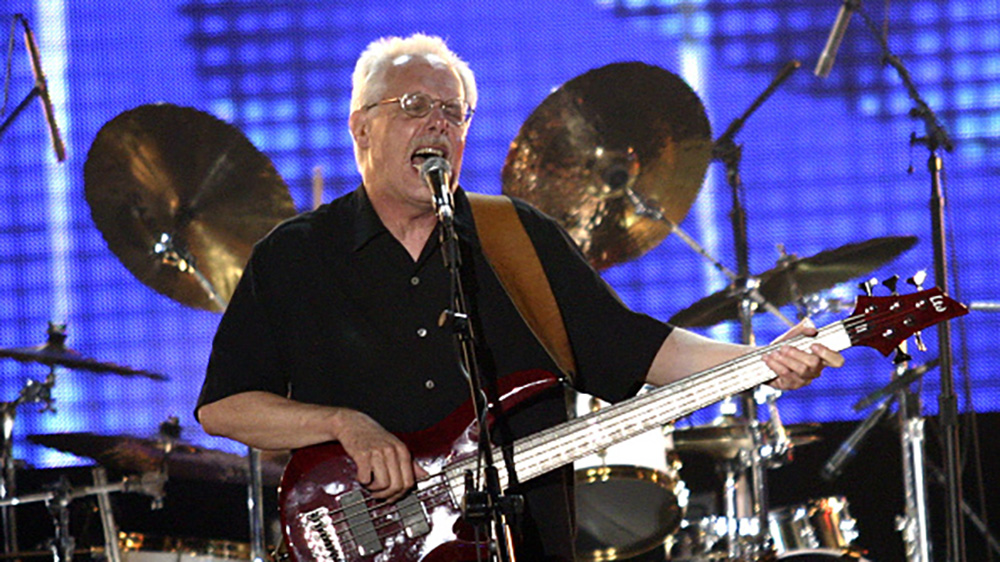 Tim Bogert, a legendary bassist best known as part of the bands Vanilla Fudge, Cactus and the trio Beck, Bogert & Appice, has died. He was 76.

“Tim was a one of a kind bass player. He inspired many, many bass players worldwide. He was as masterful at shredding as he was holding down a groove, and Tim introduced a new level of virtuosity into rock bass playing,” Appice wrote. “No one played like Tim. He created bass solos that drove audiences to a frenzy every time he played one. And he played a different solo every night. He was the last of the legendary 60’s bass players.”

Bogert formed the rock band Vanilla Fudge in the ’60s with Appice, Vince Martell and Mark Stein. They recorded five albums between 1967 and 1969, which included their hit covers of the Supremes’ “You Keep Me Hangin’ On” and the Beatles’ “Ticket to Ride.” In 1970, Vanilla Fudge disbanded and Bogert and Appice briefly created Cactus along with guitarist Jim McCarty and vocalist Rusty Day. However, the group soon disbanded in 1972, and Bogert and Appice teamed up with guitarist Jeff Beck to form the power trio Beck, Bogert & Appice. They produced one self-titled album in 1973 and disbanded the following year.

Bogert then joined Bobby and the Midnites, a side project formed by Bob Weir of the Grateful Dead. Though he toured with the group, Bogert left before their debut album was released, joining the U.K. group Boxer in 1977. In 1981, Bogert became a faculty member at the Musicians Institute in Los Angeles, but continued to record, releasing his second album, “Master’s Brew,” in 1983 and releasing “Mystery” with Vanilla Fudge in 1984.

In 1999, Bogert was recognized by the Hollywood Rock Walk of Fame for his contributions to the genre. Bogert continued to tour with various groups until 2009, when he retired.

See tributes to Bogert below.

Today we mourn the loss of our friend and former faculty member, #TimBogert.

So sorry to hear of the passing of bass legend Tim Bogert. One of the true pioneers of the instrument in the late 60’s/early 70’s with his work with Vanilla Fudge, Cactus and Beck Bogert Appice #RIPTimBogert pic.twitter.com/lptVZHnbqN

Tim Bogert—Grand Master. I love you, Tim. Thank you for your awesomeness, generosity, and kindness. I hope we meet again, my friend. Rest In Peace. pic.twitter.com/PopNKwJJ07