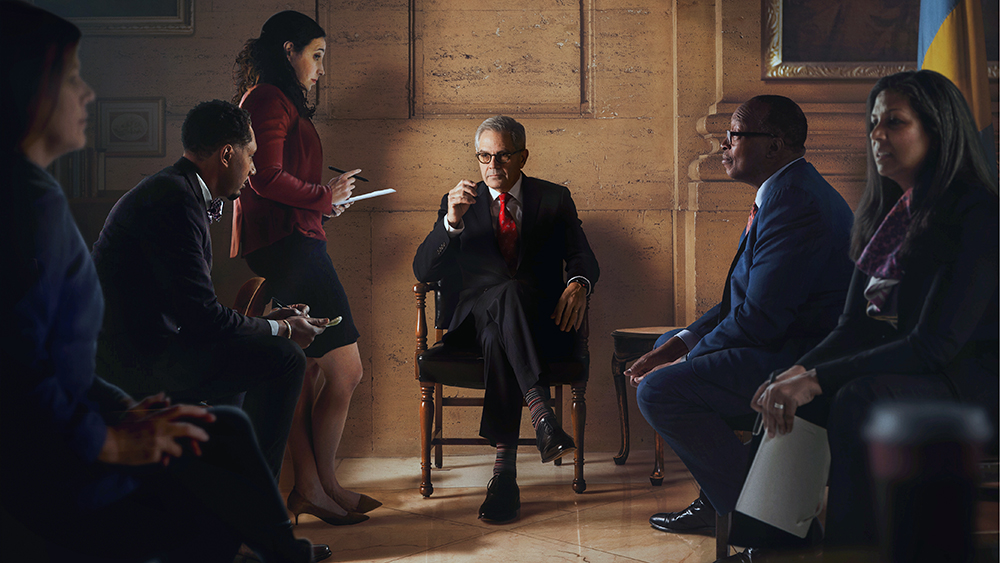 Independent Lens, the PBS documentary anthology series, has announced its upcoming spring slate. The weekly program, produced in partnership with ITVS, will spotlight a range of topics, from criminal justice reform to the plight of the American dream.

Among the first to air will be “Philly D.A.,” an eight-episode deep dive into local-policy making and the fight for criminal justice reform. For the series, filmmakers Ted Passon and Yoni Brook gained unparalleled access into the office of Philadelphia Defense Attorney Larry Krasner as he and his team attempt to fight inequities in the justice system and institute real change. It premieres on April 20 on Independent Les and will be available to stream on the PBS Video App.

“For anyone looking for a leader who is not interested in simply paying lip service to win an election or a second term, “Philly D.A.” will likely be their candidate of choice,” Martinez wrote.

Other films include “Down a Dark Stairwell,” chronicling the killing of Akai Gurley at the hands of a Chinese American NYPD officer; “The Donut King,” a look into one Cambodian refugee’s chance at the American dream; and “The People vs. Agent Orange,” in which filmmakers Alan Adelson and Kate Taverna investigate the catastrophic Vietnam War defoliant “Agent Orange” and its impact on generations to come.

“I’m always reminded of the fact that these filmmakers really have a pulse of what’s going on in their communities,” Lois Vossen, executive producer of Independent Lens, tells Variety of crafting the season’s upcoming slate. “Our hope is that viewers come away with a deeper understanding of the role we all play in the community.”

Noland Walker, ITVS vice president of content and co-programmer of Independent Lens, adds, “Our hope is that these films jumpstart conversations on difficult topics, like immigration, criminal justice reform and the future of democracy.”

See the rest of Independent Lens’ spring slate below:

• Down a Dark Stairwell (April 12) – When Chinese American police officer Peter Liang shot and killed Akai Gurley, an unarmed black man, calls for police accountability led to Liang’s ultimate conviction, the first NYPD officer in over a decade to hear a guilty verdict. Filmmaker Ursula Liang breaks through the racial binary and captures two marginalized communities searching for answers in an uneven justice system, showcasing their need for solidarity to fight the systems that work to tear communities apart.
• The Donut King (May 24) – Winner of SXSW’s “Special Jury Award,” Alice Gu’s lauded documentary is a celebration of the American Dream from the untold perspective of Cambodian refugees building a donut empire through dedication and community.
• Two Gods (June 21) – Zeshawn Ali and Aman Ali’s coming-of-age film centers a Muslim casket maker and ritual body washer in Newark, NJ, as he takes two young men under his wing to counter the dangerous undertow of the streets and teach them how to live better lives.
• The People vs. Agent Orange (June 28) – Filmmakers Alan Adelson and Kate Taverna highlight the detrimental impacts of the herbicide “Agent Orange” decades after the U.S. military unleashed it as chemical warfare during the Vietnam War. As Agent Orange continues to haunt Vietnam’s environment and citizens, the film follows two activists – Carol Van Strum and Vietnam war survivor Tran To Nga – as they fight for accountability from the U.S. government and the chemical companies that created it.