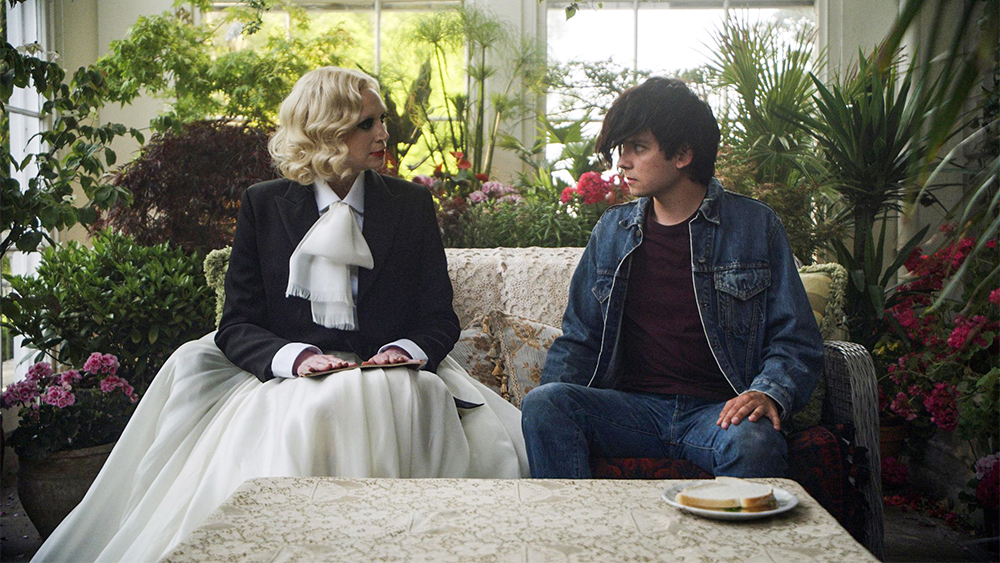 The Berlin Film Festival has staged its first in-person edition since 2020, soldiering on amid a wave of the COVID omicron variant in Germany and a last-minute virtual pivot for the European Film Market. Here are our main takeaways below:

Film Industry Pining For In-Person Meetings
Despite the EFM being online, a clutch of buyers and sellers made the trek to Berlin where they held a mix of online and physical meetings in the Marriott and a very bare Gropius Bau. Though the fest nixed parties due to omicron concerns, film delegations held dinners for select outsiders that felt like clandestine wartime get-togethers. “Enough with the Zooms! We need the human contact to make deals,” said Vision Distribution’s Catia Rossi, a veteran Italian sales agent, during the dinner for Panorama title “Swing Ride.” “I never thought I’d say this, but give me back the AFM!”

Technical difficulties
The opening night screening of Francois Ozon’s “Peter von Kant” was marred by technical difficulties about 30 minutes in, and audiences had to wait 15 minutes in total for the projection to get back up and running, with artistic director Carlo Chatrian standing by anxiously. That same night, as revealed by Variety, key equipment was stolen from the EFM studio, causing it to shut down temporarily and relocate. Later in the festival, Golden Bear honoree Isabelle Huppert was back on Zoom after being forced to cancel her Berlin trip due to a COVID diagnosis.

Buzz-free fest
Deserted Marriott and Ritz-Carlton hotel lobbies — traditionally hotbeds for frenzied deal-making — were a sad sight to behold. The reward for those who made the trek: more quality time with people in town for their premieres. “For me, as a producer trying to find new filmmakers, [it’s] a blessing, because otherwise it would be me and 100 other producers, sales companies and studios,” says Uri Singer, producer of Noah Baumbach’s forthcoming “White Noise,” who traveled from Los Angeles for the festival.

Testing done right
When Berlin festivalgoers were informed that high-mobility delegates would need to be COVID-tested daily, many wondered how organizers would manage it. But through the use of dedicated buses with rapid antigen tests, the festival delivered results in just 20 minutes, making it easier to attend screenings and meetings on time without (much) hassle. Halfway through the festival, organizers reported 54 positive cases from 2,700 tests; these figures include non-boosted members of the public as well as those in the industry.

EFM endures
With less than a month’s notice, the sales hub was forced to go virtual, but the European Film Market managed to court buyers and sellers around the world as well as a healthy contingent of in-person guests. French sales agents such as MK2, Charades and Playtime were out in full force in Berlin to meet with largely European distributors on the ground. Americans were, for the most part, absent from Potsdamer Platz, although distributors like Neon had a small presence on the acquisitions side with Mason Speta on-site, and CAA Media Finance executives Roeg Sutherland and Benjamin Kramer — fresh from a $60 million sale to Sony of Tom Hanks’ “A Man Called Otto” — also held meetings at Soho House.

Squeeze in the middle
Aside from “A Man Called Otto,” there were few big deals for pre-buy packages out of the EFM, and buyers complained to Variety that big commercial offerings were missing. The buzzy EFM titles that are still available — highlights include the Rosamund Pike-fronted pandemic thriller “Rich Flu,” Jonestown Massacre project “White Night” and Evan Rachel Wood WWII drama “All That I Am” — reveal a marketplace that’s increasingly squeezing out the mini majors, with super-premium product like “Otto” on one end of the spectrum and strong but significantly smaller indie packages at the other end.

Defiantly indie lineup
Berlin continued to uphold its recent reputation as a highbrow, art-house-focused festival with an aggressively independent lineup. Unlike international fests like Venice or Toronto, which tend to program a healthy mix of mainstream movies, the auteur-driven Berlin selection this year was provocative and complex and didn’t suffer fools. Standouts included Claire Denis’ “Fire” (also known as “Both Sides of the Blade”), starring Juliette Binoche and Vincent Lindon, and Peter Strickland’s culinary horror “Flux Gourmet.”

LGBTQ+ Stories in Focus
One of the first A-list festivals to launch a gender-neutral acting award, the Berlinale screened a flurry of movies exploring gender or portraying queer or non-binary and transgender characters. The festival set the tone with “Peter von Kant,” an adaptation of Rainer Werner Fassbinder’s cult film “The Bitter Tears of Petra von Kant” in which Ozon turned the female protagonist into a gay male director. Other notable examples include “Nelly & Nadine,” a documentary about the lifelong romance between two women who fell in love in the Ravensbrück concentration camp in 1944; and “Nel mio Nome,” Nicolò Bassetti’s documentary executive produced by Elliot Page and following four friends in Bologna in different phases of transitioning.

Female Representation on the Rise
This year’s competition lineup boasted seven movies directed by women out of 18 films, up from 2020 and 2021 figures. Although female directors won the top awards at Cannes (Julia Ducournau with “Titane”) and Venice (Audrey Diwan with “Happening”), female-directed films only represented four and five movies out of each competition roster, respectively. The Berlinale competition features Nicolette Krebitz’s “A E I O U,” Carla Simón’s “Alcarràs,” Claire Denis’s “Fire,” Phyllis Nagy’s “Call Jane,” Ursula Meier’s “The Line,” Kamila Andini’s “Nana” and Natalia López Gallardo’s “Robe of Gems.”

French Movies Dominate
The French were out in force at the Berlinale — and not only industry players. The selection was also packed with French films. The competition boasted Denis’ “Fire,” Mikhael Hers’s “The Passengers of the Night” and Meier’s “The Line.” Meanwhile, Alain Guiraudie’s “Nobody’s Hero” opened Panorama, Quentin Dupieux’s “Strange But True” played in the Berlinale Special, and Bertrand Bonello’s “Coma” screened in the Encounters strand. And while she couldn’t be there in person, French film icon Isabelle Huppert was celebrated at the Berlinale with the Honorary Golden Bear. After topping Cannes and Venice, could a French director also win the top prize at Berlin?

Eyes on the Croisette
Cannes wasted no time issuing its call for press accreditations just as Berlin was wrapping up. Set to mark its 75th anniversary from May 17-28, the grande dame of the festival circuit — which launched such films as Ryûsuke Hamaguchi’s “Drive My Car” and Joachim Trier’s “The Worst Person in the World” just seven months ago — is planning an in-person edition. Sources tell Variety that new films from “The Square” director Ruben Östlund and Hirokazu Kore-eda will be on offer, along with a tranche of up-and-coming filmmakers.

Nick Vivarelli and John Hopewell contributed to this story.