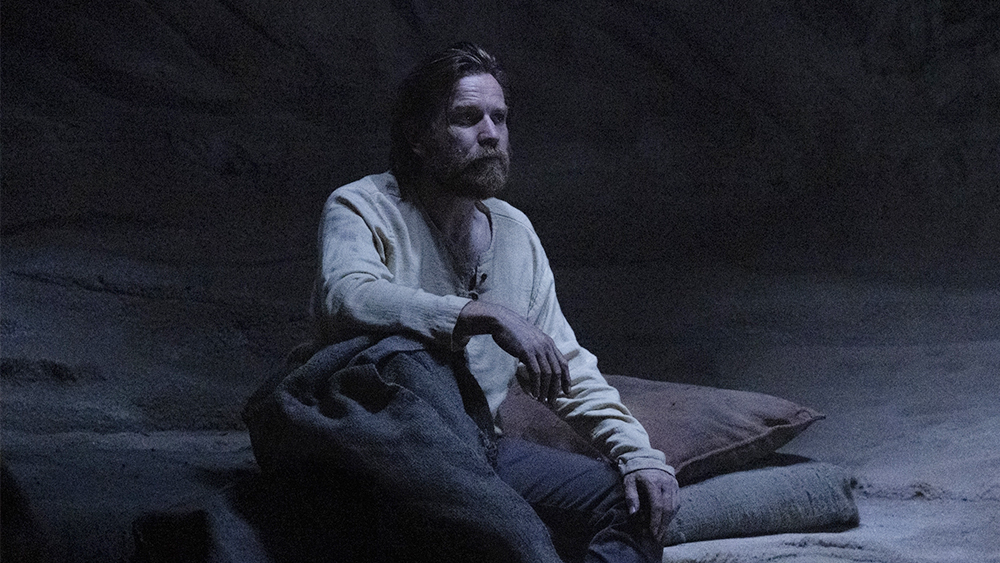 SPOILER ALERT: This review contains some minor spoilers for the first two episodes of “Obi-Wan Kenobi,” which premiered May 27 on Disney+.

The extensive recap of the “Star Wars” prequels that opens the new “Obi-Wan Kenobi” series is as utilitarian as it is canny. On the one hand, it serves as a reminder of the plot basics that led to this moment in the franchise, with Ewan McGregor’s jaded Jedi reluctantly digging up his old lightsaber 10 years after Anakin Skywalker went to the Dark Side. On the other, getting such a concentrated shot of those 20 year-old movies serves as a handy reminder of their infamy, how much has happened in Lucasfilm’s ever-expanding galaxy since, and why “Obi-Wan Kenobi” represents a singular opportunity within it. For as many “Star Wars” projects as there are in development, this one’s characters and mythology are the most directly tied to the original story that launched a thousand starfighters, making this show a bridge between one trilogy and the next.

In its first two episodes, which dropped May 27 on Disney+, “Obi-Wan Kenobi” takes a narrative leaf out of “The Last Jedi”’s book. First, it provides a brief (and jarring, given this week’s horrific school shooting in Uvalde) reminder of the Jedi school massacre that kicked off Anakin’s devolution into Darth Vader. The series then jumps forward a decade to find Ben, the exhausted man formerly known as Obi-Wan, anonymously toiling away on an assembly line on Tatooine. As will be the case for Luke Skywalker years later, Ben’s self-flagellating has taken the form of banishing himself to a life of solitude (albeit one with a beard that suits him, no matter how hard he sulks). With Jedi officially an endangered species, and Anakin’s twins Luke and Leia safely ensconced in new families far away from their deranged father, Ben’s convinced himself there’s nothing more he can do — or, more accurately, nothing more he should do, given just how catastrophically his mentorship for Anakin ended.

Ben’s resistance to using his Jedi powers for good again is purposefully frustrating throughout the first episode’s repetitive loops of someone failing to convince him otherwise, whether that be an Alderaan Senator (a returning Jimmy Smits) or another fugitive Jedi (director Benny Safdie, one of the several “Obi-Wan” guest stars clearly living out a childhood fantasy of playing in the “Star Wars” sandbox). So it’s a good thing that McGregor has enough charisma as an actor to keep Ben’s surliness compelling by hinting at the guilt and restlessness simmering just behind his deadened eyes.

It helps, too, that “Obi-Wan Kenobi” takes a left turn from the perhaps more expected route of Ben keeping a close eye on 10 year-old Luke (Grant Feely) and his wary guardian uncle, Owen (Joel Edgerton, following Smits by reprising his role from the prequels). Instead, the first episode splits its time between Tatooine and Alderaan, where Luke’s scrappy twin Leia (Vivien Lyra Blair) is doing her best to make stately princess life more interesting. Suddenly, the series isn’t just about the grand return of Obi-Wan, but also the origins of one Leia Organa.

In one of the episodes’ most telling interactions, Ben insists to Senator Organa that his duty is to Luke, to which Organa simply replies, “She’s just as important as he is.” For years in the “Star Wars” universe, Luke’s hero arc undercut Leia’s equal significance as Darth Vader’s Jedi daughter; now, this series is doing its best to restore it by telling her story, too. Blair handles her precocious lines with aplomb, especially as the series gives her and McGregor more room to bounce Leia’s playfulness and Ben’s prickliness off each other. And so by the end of the second episode, “Obi-Wan Kenobi” sets the stage to become its own play on “The Mandalorian” dynamic, in which a formidable warrior begrudgingly takes on a gifted younger charge who will inevitably charm him into loyal submission.

It’s a relief when Ben finally starts letting go of his determination to stay hidden, not least because it also means exploring planets beyond Tatooine. Glimpses into the Imperial rule that’s overtaken the galaxy in the years since Anakin’s downfall also bring in the “Inquisitors,” an enforcement brigade tasked with hunting down and exterminating Jedis. Rupert Friend and Sung Kang, faces heavily caked in makeup, play the Inquisitors with more hierarchal power, but it’s Moses Ingram whose character bears the emotional weight in her hellbent search for the elusive Obi-Wan Kenobi. Ingram, who brought far more to her “Queen’s Gambit” character than existed on the page, seizes the opportunity to create the kind of purring, grandstanding villain that “Star Wars” dreams are made of, though she can’t quite overcome the cheesiness of her heel turn action sequences. For as good as director Deborah Chow (a “Mandalorian” alum) is at finding slices of poignance and humor in the more dialogue-driven moments, most of her fight scenes opt for more basic setups than slick subversions.

Unlike many other “Star Wars” series, though, this one doesn’t need to try too hard to establish itself as something different. In telling the stories of the galaxy’s most famous stars, “Obi-Wan Kenobi” just has to put one foot in front of the other, sow seeds of what’s to come, and have enough self-awareness to know both its limits and what the audience wants from these characters. On those fronts, at least, the show seems right on track.