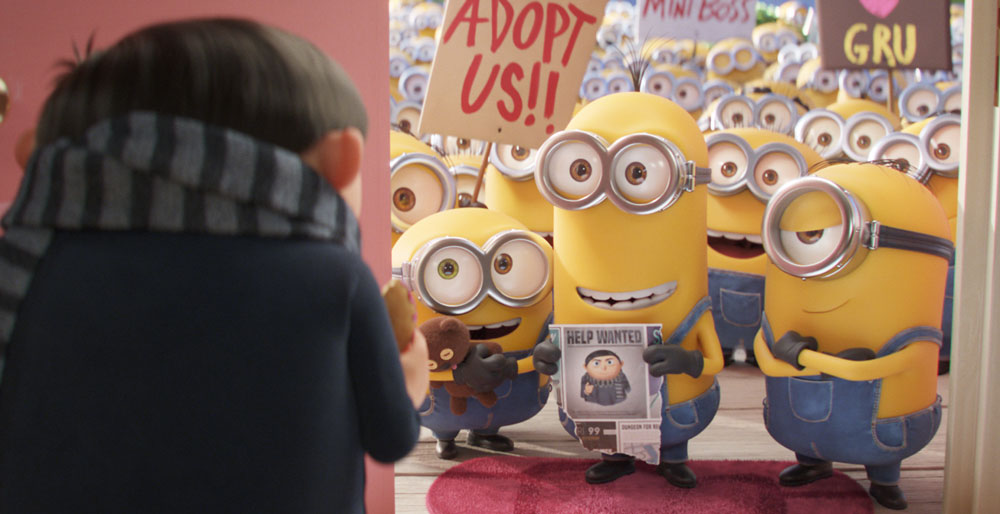 Tiny yellow henchmen will attempt to spark fireworks at the box office over the July 4 weekend.

“Minions: The Rise of Gru,” the fifth installment in Universal and Illumination’s popular “Despicable Me” franchise, is headed for a first-place finish, with the family film expected to bring in $65 million to $75 million from 4,400 North American theaters during the extended holiday period. Though it’s the only new nationwide release, “Minions” will have to fend off holdover titles including Baz Luhrmann’s “Elvis,” “Jurassic World: Dominion,” “Top Gun: Maverick” and Pixar’s “Lightyear.”

The well-reviewed “Minions: The Rise of Gru” looks to test the viability of kid-friendly animated flicks on the big screen. Family audiences are huge drivers in box office revenues and therefore key to the movie theater industry’s revival. But as the box office has attempted to rebound from COVID-19, movies that cater to younger crowds have been a mixed bag in terms of ticket sales. Paramount’s “Sonic the Hedgehog 2” beat forecasts in April, debuting to $72 million over President’s Day weekend, but Disney’s less-embraced “Lightyear” fell short of expectations, launching with $51 million. These days, it can be tricky to predict the movies that’ll entice parents and their kids.

With any luck, “Minions” will score a bigger opening weekend than “Sonic 2” and “Lightyear.” But according to current projections, the newest goofy comedy about mischievous yellow critters is on pace to score the series’ lowest debut since 2010’s “Despicable Me” ignited the franchise with $56 million. After becoming a word-of-mouth hit, the first “Despicable Me” film ended its box office run with a strong $543 million globally. The saga of Gru and the gang reached a high with 2015’s spinoff “Minions,” which opened to $115 million and later crossed the billion-dollar mark. In and around that time, 2013’s “Despicable Me 2” pulled in $84 million in its debut and 2017’s threequel “Despicable Me 3” collected $72.4 million to start. Those films grossed $970 million and $1 billion, respectively. Those receipts indicate that even if “The Rise of Gru” gets off to a slower start compared to its predecessors, the film could keep playing in theaters to sizable crowds throughout the summer.

Pixar veteran Kyle Balda directed “Minions: The Rise of Gru,” which takes place in the 1970s as a young Gru (the baddie-turned-daddy from “Despicable Me,” voiced by Steve Carell) tries to test the waters of supervillain life. It goes awry at first, but Gru eventually finds his crew of scoundrels. C’mon, what did you expect for a guy whose first name is Felonious? Taraji P. Henson, Michelle Yeoh, Jean-Claude Van Damme and Julie Andrews round out the voice cast.

“Minions: The Rise of Gru” began its rollout at the international box office over the weekend, generating $3.7 million in Australia. The film opens in 61 additional markets in the coming days. The single-eyed creatures are especially popular overseas, where the first “Minions” spinoff generated a staggering $823 million — 71% of overall ticket sales.