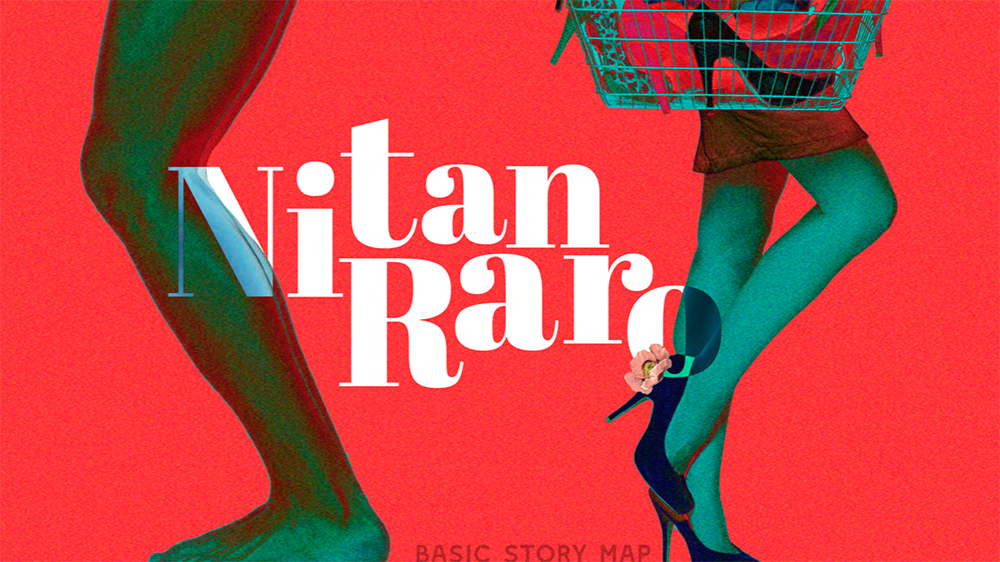 “We are functioning as an accelerator in a way as the selected projects have at least 40% of their financing in place and just need that final push to see the light,” said Iberseries director Samuel Castro, who adds that these series have budgets ranging from €5 million-€30 million ($ million-$30 million) .

Forum coordinator Rodrigo Ros has been playing matchmaker, pairing each selected production company with the right partners, be they an international sales agent, an investment fund, potential co-producers or even a law firm to help push the TV project across the finish line.

“The key word is financing, as we have managed to bring in the participation of investment funds,” said Castro, adding: “It worked very well last year so we want to bring them back again.” The producers will learn about various financing models available, from equity financing, and tax incentives to gap financing and pre-sales, Castro explained.

The forum will take place on Sept. 28, with each participant expected to have a maximum of 12-15 personalized agenda of appointments that day, said Ros. “It’s not quite a speed dating format, more like slow dating,” quipped Ros. “We hope to see these projects get made next year,” added Castro.

10 Participating Companies and Their Key Project:

Produced by Apus irected by Uruguayan Juan Carve, founder of Chucho.tv, the educational children’s animated 26 x 11” series celebrates music and teaches kids about the mystery behind music, how they’re composed, why they move us. It follows the adventures of pals Toto, Vale and Julen who love music as much as they love getting into trouble. They go on the road with one of their grandfathers, legendary ex-roadie Juan Barbas, to visit a number of eccentric characters who will reveal the secrets of music. Or at least have a great adventure.

Created by Rodrigo Sorogoyen (“As Bestas,””Riot Police”) and screenwriter Isabel Peña, and set up at Caballo Films, “La Guerra” is divided into six independent stories with anonymous central characters who give a global vision of what the Spanish Civil wWar meant, from the entrenched hatred that motivated it to the last days of exile. Each episode focuses on a different conflict in six areas of Spain, and includes the stories of men and women, rebels and loyalists, the north and the south. Amidst images of verdant landscapes, frontline battlefields and canning factories, each episode touches on themes of xenophobia, social inequality and the suppression of freedom, among other issues.

Dramedy of six 30-minute self-contained episodes that explore the use of dating apps such as Tinder or Grindr. Virtual encounters range from one man finding out that a stranger has been using his picture to get dates, others seek to avenge past wrongs, another hires a teacher for his private school while in another, a wealthy housewife has an affair. A more dystopian episode has an old woman reliving her happiest moments from a chip that her husband had implanted in her memory.

The story of “Barcelona” centers on MacNamara, a tough NCIS agent and war vet who survived the terrorist attack on the USS Cole in 2000 and is currently in charge of coordinating security with local law enforcement units for U.S. troops arriving in Europe, Barcelona being one of the main ports. Together with national police officer Ramón Renau, they have just eight days to prevent a Jihadist terrorist attack on the visiting U.S. Secretary of State and a U.S. Sixth Fleet ship docked in Barcelona.

Directed by “MoneyHeist’s” Alex Rodrigo. In co-development with Catalan producer Veranda (“Merli”), the fact-based dramedy 8 x 45” series begins in 1927 when “The Jazz Singer” marked the end of the Silent Era. With no existing technology for dubbing and sub-titling available yet, the studios made Spanish-speaking versions of their films, attracting new Hispanic talent led by Luis Buñuel, Lupita Tovar and Dolores del Río. Since the Spanish-language ‘Talkies’ were not closely supervised by the studios, the directors took bolder, more creative risks. Films that were supposed to be identical to the originals ended up quite different, as the directors took cultural and artistic liberties in the adaptation process. Some, like “Spanish Dracula,” are considered superior to the original “Dracula” with Bela Lugosi.

Animated 52 x 11” 2D-HD series targeted at 6-10-year-olds. Co-produced with Spanish pubcaster RTVE, MB Prods. and in collaboration with Italy’s RAI Ragazzi, toon revolves around lonely geek Carola who lacks social skills and has no friends. She knows she needs a best friend to help her navigate school so she builds a robot. But a freak accident turns her clone Annie into her opposite. Fearless and uninhibited, Annie drags Carola into mortifying situations. As the tagline goes, “If you don’t have a friend… build one!”

A political dramatic 8-episode series created by Rubén Sanz, penned by the Emmy-nominated Luis Gamboa and conceived as a co-production between Spain and Mexico. “Sattva” centers on police officer Axel who specializes in organized crime but who keeps his own delinquent past a secret. When a woman he secretly loves is kidnapped, his efforts to rescue her will bring him to a dead end where, for the first time, he will have to face the price of the truth.

Set in Patagonia, 8-part noirish thriller series created by Nacho Viale and Diego Palacio follows the investigation of a murder related to a sect that emerged on the eve of the new millennium in 1999. The assistant of a Spanish prosecutor returns to her hometown, expecting to find a simple police case. A young man from the community joins forces with her to solve the case, uncovering a dangerous organization of fanatics.

Series delves into the life and loves of Don Juan Tenorio, his first romances as a youth and the woman who transformed him and unleashed the devil in him. It probes into what really happened to him in his youth to become the legend that he is now. Who was the person who taught a naive and inexperienced young man to bend the will of women? What hand guided him in the noble art of Spanish fencing, making him unbeatable in duels? Who broke his heart into a thousand pieces, turning a young man in love into a cynic who stopped believing in love?