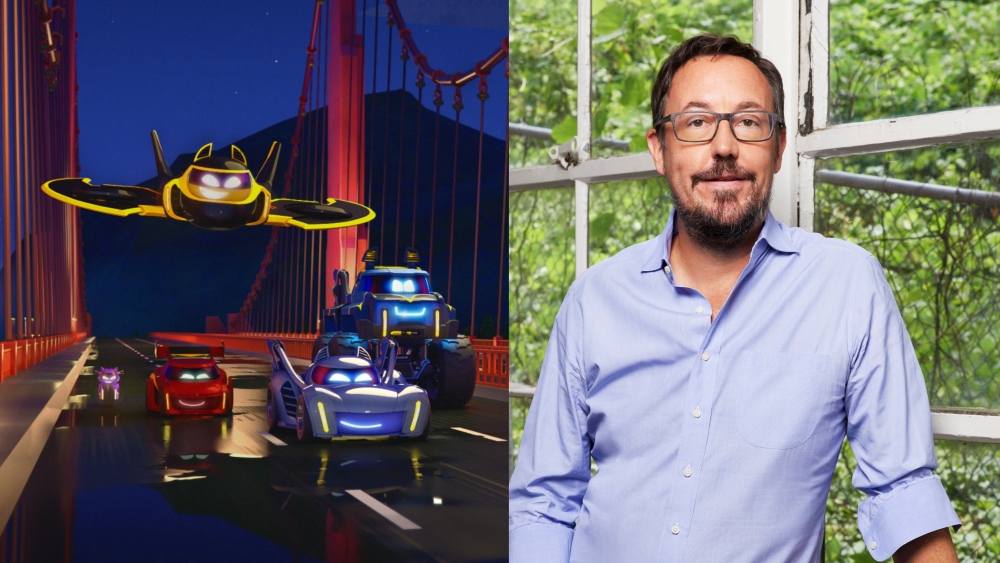 Cartoon Network and Adult Swim president Michael Ouweleen knows you have questions about the fate of the two networks in the new, belt-tightened Warner Bros. Discovery era. And it has changed. But “we’re not dead,” he insists.

“It was weird to wake up a couple of weeks ago and read our obituary as we were alive,” say Ouweleen, whose oversight also includes Boomerang and Discovery Family. “We’ve got more stuff coming next year than we had this year.”

Still, Ouweleen doesn’t downplay the tough changes going on at the animated network. “It’s definitely a pivot, through the merger and through this kind of industry-wide correction that we’re all seeing and navigating through,” he says.

Hard recent decisions included the cancellation of “Tuca and Bertie,” which had been rescued by Adult Swim after Netflix initially cut it. “I was glad that we were able to give it two more seasons and be able to let that thing evolve in front of people,” Ouweleen says. “We’re not looking to cancel shows. It’s just we have to allocate the money we have in ways that we think are going to have the biggest impact and please the most number of people. You want to keep those creative relationships with people and see what else you can do.”

The shift at Cartoon Network also comes as HBO Max canceled six upcoming animated series, including “Batman: Caped Crusader,” “Merry Little Batman,” “The Day the Earth Blew Up: A Looney Tunes Movie,” “Bye Bye Bunny: A Looney Tunes Musical,” “Did I Do That to The Holidays: A Steve Urkel Story” and “The Amazing World of Gumball: The Movie.” With HBO Max getting out of the kids and family business, it’s up to Cartoon Network/Adult Swim to essentially now be the supplier for such content for the streamer.

“The go-forward notion is Cartoon and Adult Swim will be the main source of animation at Max and we’re gearing up to share with them all the stuff we have in development right now,” Ouweleen says. “We talk to those guys every week, pretty much and coordinate and plan our activity together.”

According to Ouweleen, the plan to build an ambitious kids and family business (“to compete with Disney, frankly,” he says) had to be shelved in the new conglomerate. That plan, which included a live action component — most of which has now been canceled — was wider than what Cartoon Network had historically been aimed at.

As a result, the new plan is a bit of a return to the original charter for Cartoon Network. “When I joined the network [in 1996], to our minds it wasn’t a kid network, it was an animation network,” he says. “We said it was for a psychographic, not a demographic. The best animation works on a couple levels and works for a couple of different audiences at once. And I think that’s where Cartoon Network proper is coming back around to.

“The remit I think for us now is to go back to being the best animation across Cartoon and Adult Swim, and serve the audience that is still there, starting on linear, which is adult.”

Ouweleen says Cartoon Network always attracted a large 18-49 audience, which is why the network introduced the Adult Swim block (which was later marketed and sold to advertisers as its own network).

“When we started Adult Swim, that was the first moment where we were like, ‘Oh, wait, if there’s a thing just for adults, what is Cartoon Network now?’ It took us I’d say a couple of years to figure out what Cartoon Network was. Now it’s more natural for it to be aimed at doing great animated shows for everybody at once. And linear still has a healthy adult audience.”

Ouweleen points to “Adventure Time” as a brand guidepost for the network moving forward. “Our median age is 29 during the day. So, the path forward is to lean into that and make really great stuff that appeals to young adults and kids can watch it too.”

Cartoon Network Studios and Warner Bros. Animation will still exist as individual labels, and continue to fall under the oversight of president Sam Register.

“We’ve known each other for so long and both see our responsibility as humans on the planet to make sure that the words ‘Cartoon Network’ stay as vibrant and strong as possible,” Ouweleen says. “Cartoon Network Studios is still a distinct creative entity and aimed at all the things that Cartoon Network Studios has always aimed at, which is unique creators, first time creators. Building shows that are worlds and new ideas. Pushing the conversation forward in terms of animation.”

Upcoming, Cartoon Network still has previously greenlit new episodes of preschool series “Bugs Bunny Builders” and “Sesame Street Mecha Builders,” as well as new seasons of “Craig of the Creek,” “We Baby Bears” and “Teen Titans Go!.” There’s premiere of “Gremlins: Secrets of the Mogwai,” “Unicorn: Warriors Eternal” and “My Adventures with Superman.” New episodes of “Summer Camp Island” and “Jellystone” are on deck, as are the premieres of “The Heroic Quest of Valiant Prince Ivandoe,” “Iyanu: Child of Wonder.”

“I think that it makes sense to introduce young audiences to Warner Brothers Discovery IP through preschool,” Ouweleen says. “’Batwheels’ did OK with adults weirdly. I think there’s a way that fan boys and girls are watching ‘Batwheels,’ as it’s really highly produced for preschool show. It’s really fun and cool. We still plan to keep doing that.”

“Sometimes people think we’re niche, or think animation is small and don’t understand the power of it,” Ouweleen says. “It helps having ‘Rick and Morty’ for everyone to understand. Like, oh, this can be big. This could be a popular thing. And we’ve been expanding Adult Swim globally.”

On the Adult Swim side, back in 2023 are “Rick and Morty,” “YOLO: Silver Destiny,” “The Eric Andre Show,” “Teenage Euthanasia,” “FLCL: Grunge” and “FLCL: Showgaze.” Also upcoming are “Metalocalypse” and “Venture Bros.” features, plus “Rick and Morty: The Anime.”

“When we get out of thinking of Cartoon Network as just living and dying based on kid revenue, it actually frees us up to do more stuff and lean into really what our core always was, which is, let’s advance what the animation art form can do, and create iconic stuff,” Ouweleen says.